On 4th January 2021, the Facebook-owned messaging giant, WhatsApp announced an update in its privacy policy. Users were requested to accept the changes by the deadline date of 8th February 2021. Experts suggest failing to accept the changes by the provided deadline would mean users could no longer access the app. What followed next is as unexpected as the announcement and a lesson in personalization and privacy.

In a world where services/offerings are mandated to adhere to compliances like GDPR, CCPA, privacy is the top priority. Naturally, the extent of data-sharing with the parent company, Facebook, covered in WhatsApp's new privacy policy sparked outrage among users. The speculation arose over the messaging app sharing much more commercial user data with Facebook.

According to the company, however, the data sharing will only serve personalized experience and relevant advertisements. It will also aid in interlinking Facebook Pay account for payment via the messaging app.

The instant messaging app also aims to promote safety by sharing phone numbers and transaction data with Facebook. Previously in October 2020, WhatsApp reiterated its vision to help users get better answers/help from businesses. Even though the messaging app stressed on 'respect for privacy coded into their DNA', but the update left users dissatisfied, to put it mildly. The dissatisfaction would manifest in a significant migration of users to other messaging platforms. The tweets from the likes of Elon Musk further fast-tracked the inevitable.

The resentment among the consumers and the tweets from key opinion leaders reflected in the growth of Signal and Telegram.

During this period Signal's downloads grew by 2700%: 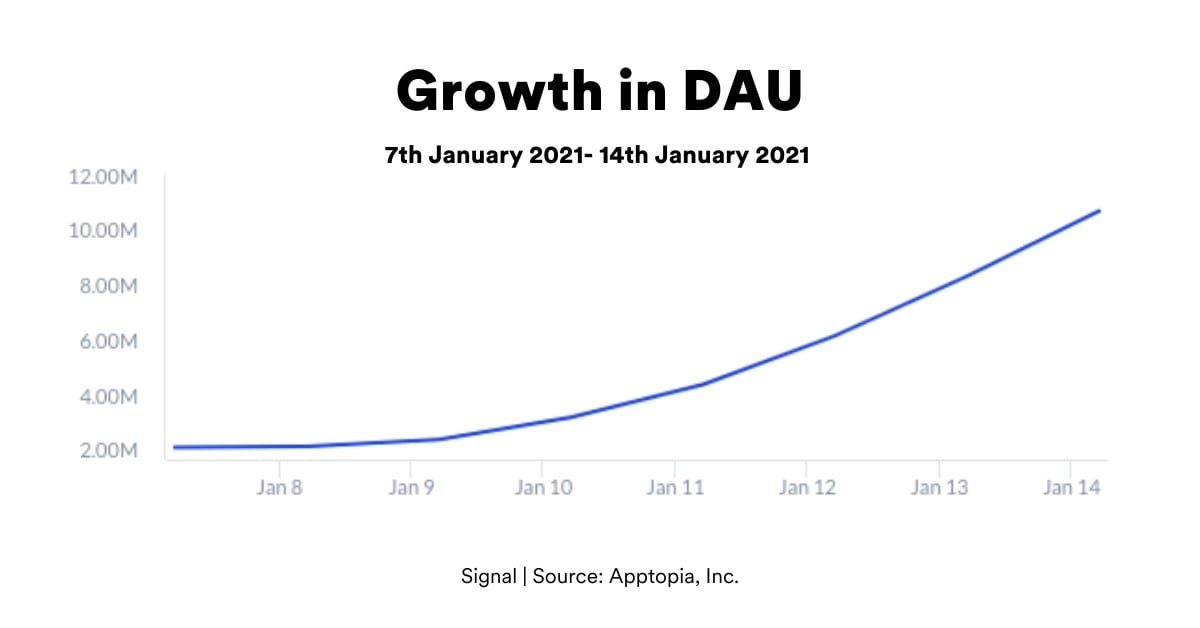 Signal topped the charts in the free apps category on Apple App Store across India, France, Switzerland, Germany, Hong Kong among others. Signal also topped the communication category on the Google Playstore in countries like Australia, United Kingdom, Germany, France, and Canada.

Pro-tip: Providing targeted recommendations is a must but be wary of treading the thin line between a personalized experience and invasion of privacy.

During the same time frame Telegram's downloads went up by 94%: and the DAU numbers followed suit growing by 5.8%: Telegram topped the charts in the social networking category on Apple App Store across Spain, Venezuela, Brazil, Argentina, and Russian Federation. Telegram also topped the communication category on the Google Playstore in countries like Mexico, Brazil, UAE, Indonesia, and the Netherlands among others.

Pro-tip: Focus on building trust, repeatedly live up to the brand promise, clearly communicate how feature changes or policy updates will affect the end-users.

All in all, owing to the personalization and privacy concern over WhatsApp's policy update, January turned out to be massive for messaging apps. The growth in downloads/usage and the change in rankings of both Signal and Telegram suggests the underlying priority of privacy. In light of the social media uproar and mass migrations, WhatsApp announced that it has decided to push the date to accept the terms and conditions to May 15th, 2021. The instant messaging app further rolled out status updates on their own platform informing users about their commitment to privacy and reiterate the functionality of the end-to-end encryption: But was this too little too late? Well, the numbers would suggest otherwise. After observing a brief blip in downloads, DAUs, and rankings, the app is getting back to its usual peak. Google Play Store data sheds some more light on the reality juxtaposing WhatsApp's 5 billion downloads (India) alongside Telegram's 500 million and Signal's 50 million.

That, however, didn't stop the memes from rolling like they usually do: Meet the brain behind the viral 'Signal' posters that people mistook for an official ad. The migration to alternative messaging apps and the social media uproar in the aftermath of WhatsApp's new privacy policy update just goes on to show how users value privacy above all else. With regulations like GDPR and CCPA, users now have the power to know who is collecting their data, how it is used, and can even ask for the deletion of same, WhatsApp's policy of sharing data does come as a shock. Even after clarification from WhatsApp that the company doesn't collect data from personal chats (messages between family members and friends) and only relies on conveying business data with Facebook for personalizing ads, there have been red flags raised about customer privacy and consent. In the 6 lessons that we have covered in the article, we have shown the thin line that every brand needs to tread between data collection for personalization and privacy concerns. Trust building, transparent communication, change management, and customer-centricity however are the key components. Rajarshi
Creates and builds insightful content for the B2B/B2C marketing community by the day, moonlights as a pop culture aficionado by the night. Published author with global and national publications like e27, TechInAsia, Yourstory, Tripoto, Huffington Post, and YouthKiAwaaz. Can be found binging on Sci-Fi and High Fantasy when not churning content.
Subscribe to our newsletter
Stay updated on the latest in insights-led engagement The EU-US Privacy Shield Invalidated: What Does This Mean for Your Business? 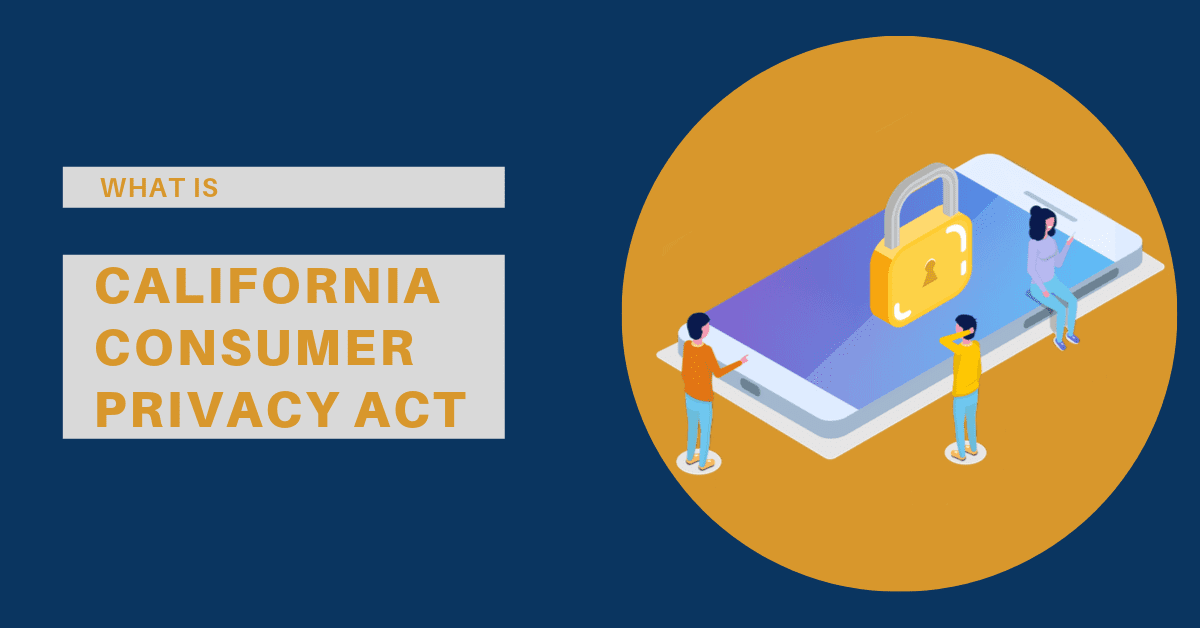