Back in June 2018, when Indie developers InnerSloth launched their online multiplayer murder-mystery mobile game, Among Us, for Android and iOS devices, they saw an average player count of 30 to 50 players simultaneously. Little did they know that two years later during the COVID-19 crisis, Among Us will be played by over 3.8 million players simultaneously around the globe.

Among US Growth Shared By InnerSloth's Developer, Forte_Bass on Twitter

Since August 31st, 2020, Among Us's user growth curve is what every mobile gaming brand aspires to see.

How did it all start?

The initial growth in users was driven primarily by online content creators in South Korea and Brazil. In July 2020, Twitch streamer Sodapoppin made the game popular on Twitch. This was his first stream where it all started:

Note: The video below may contain coarse language, viewer discretion is advised.

In early September, more than 100 million users from all over the world downloaded Among Us, and its player count rose to 1.5 million concurrent users, the majority playing Among Us on their mobile devices. The top five countries responsible for this growth are the United States, Brazil, Indonesia, India, and Mexico (source: Apptopia).

Here are the current statistics of Among Us on Twitch, where it is ranked #3, beating popular games like League Of Legends and Fortnite: Among Us Statistics on TwitchTracker

According to TwitchTracker, Among Us, is streamed by 29% more channels on weekends than on weekdays. And at the same time, the game is watched by 6% more viewers.

As a player, you can select a set color, hat, pet, and skin combo that you want to use. The simplistic design gives you a jumping-off point to do whatever you want with your imagination. Here's a screenshot of a game where the player has a customized avatar, a "Crewsona", which is a combination of a player's persona and the game's designation for players, Crewmate: Fan Created Content, Crewsonas, In Among Us (Source: InnerSloth) Here is another artwork by Sphynxx: Among Us Fan Art By Sphynxx

Among Us memes are going viral on social media. In fact, the influx of new users can be credited to meme culture. Memes are the social version of an "inside circle", where a viewer understands the meme only if they have context. Outsiders looking at a meme feel immediate FOMO (fear-of-missing-out) if they do not understand it.

As a mobile gaming brand, this is the perfect scenario you would want. A majority of your players who download your mobile app due to an internal trigger like FOMO, are more likely to stick around for a longer time, engage more than other players, and also be strong advocates of your game, spreading word-of-mouth awareness.

Here are a few memes we pulled out from different social media platforms: 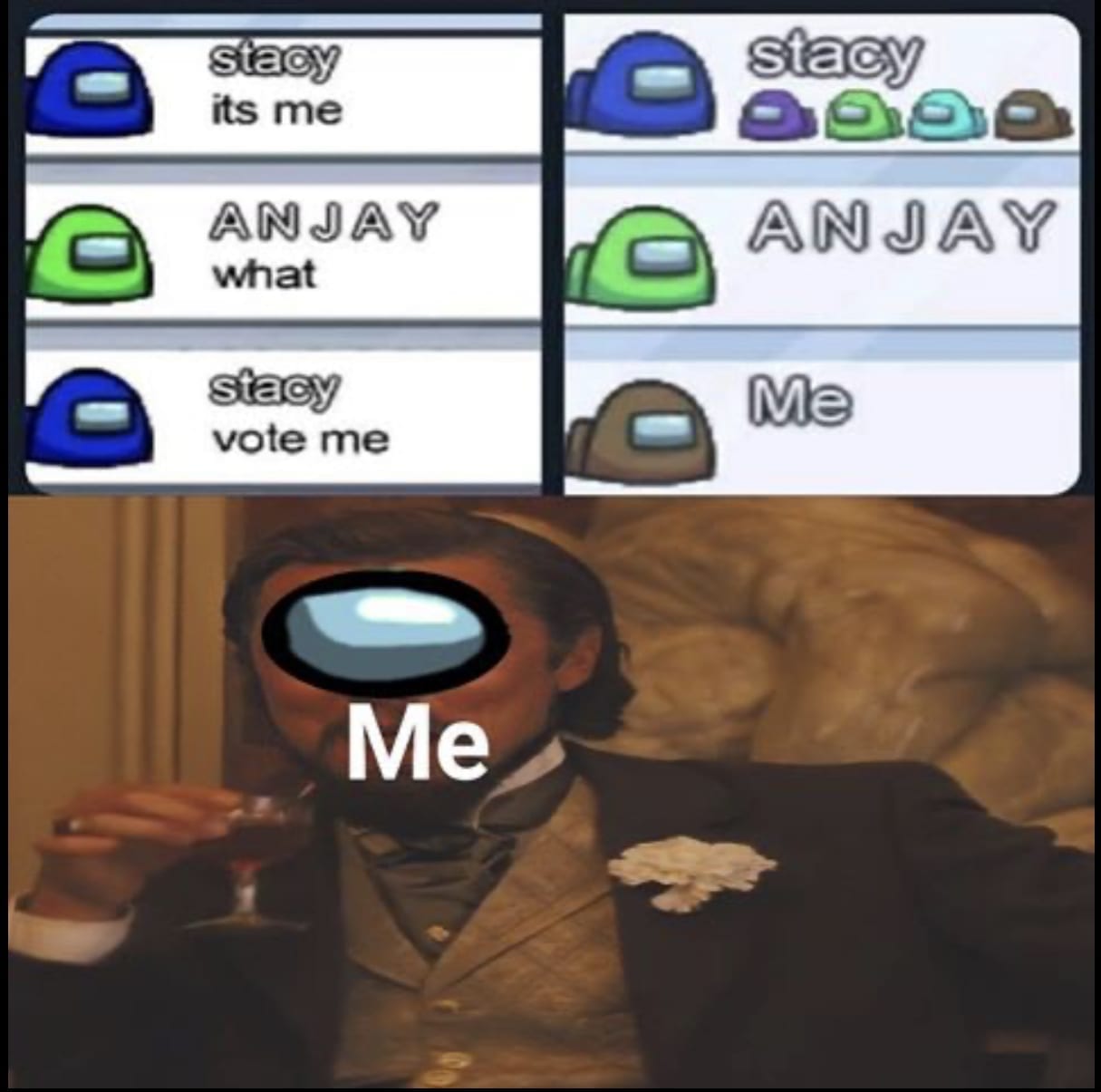 Impact on Discord and Twitch

Discord has hit a lifetime high for downloads every day since September 5th, 2020. Adam Blacker from Apptopia mapped the growth trends in Among Us with the growth trends in Discord and found a direct correlation between these two trends. You can read his analysis here. How Among Us Boosted Discord's User Growth (Image Source: Apptopia)

Since 2015, Discord has been a dedicated messaging and VoIP application in gaming communities. The spike in growth can be attributed due to the nature and style of the game, which encourages you to communicate, interact, and play with your friends.

Twitch streamers are helping each other gain momentum

Popular Twitch streamers, like Félix “xQc” Lengyel and Ben “DrLupo” Lupo, have been quick to capitalise on this by broadcasting the game with friends and fellow broadcasters. They’ve used Twitter and Instagram as channels to fill out their crews with smaller streamers and have helped grow their audiences on Twitch.

Streamers with a low following in the range of 150,000 users are being invited to games by popular streamers like Lazar, who has nearly 5.4 million followers and ten times as many people watching him regularly. This exposure is very beneficial to small-scale streamers, who never would've thought a two-year-old, nearly forgotten game would be the reason behind their virality.

Some of the biggest streamers who are at the top of the respective game’s category always benefit the most as they tend to dominate over 95% of the content on Twitch. However, the latest trend of social party games like Fall Guys and Among Us, is encouraging these top streamers to play with smaller streamers and helping them get more visibility around the globe. At the start of the COVID-19 pandemic, gaming services like Discord, Twitch, and Mixer saw an increase in mobile app downloads and user activity. However, the meteoric growth due to Among Us far surpasses what was recorded earlier.

What's next in store for Among Us fans?

InnerSloth had announced a sequel to Among Us in early August. However, wanting to support the game's current user base, the developers decided to drop the idea, and instead integrate the new functionalities into the existing game.

“The main reason we [were] shooting for a sequel is that the codebase of Among Us 1 is so outdated and not built to support adding so much new content,” InnerSloth said in this blog post. “However, seeing how many people are enjoying Among Us 1 really makes us want to be able to support the game and take it to the next level.”

Reasons behind the phenomenal growth of Among Us

By breaking down the nature of the game, the reasons why Among Us gained popularity can be identified easily:

Maybe it is the ability to throw an innocent crewmate out into the void of space, based off nothing but a vague hunch and a gullible audience. Maybe it is the lying, backstabbing, and turning your friends against each other. Maybe it is the plethora of avatar cosmetic options. Maybe this is a nice way to safely spend time with friends and do something that gets everyone equally excited about in a time of utmost chaos. We can only guess the reason behind the explosive success of Among Us.

But you can take the guesswork away from your marketing campaigns! MoEngage's mobile automation platform lets mobile marketers understand their users better and make data-driven decisions to improve engagement and retention. Learn more about MoEngage here.

Pulkit Jain
Pulkit drives growth through content at MoEngage. His experience as a B2B marketer comes fueled with a passion for user-centricity, affinity for data, and a love for technology, movies, comics, and gaming.
Subscribe to our newsletter
Stay updated on the latest in Omnichannel marketing 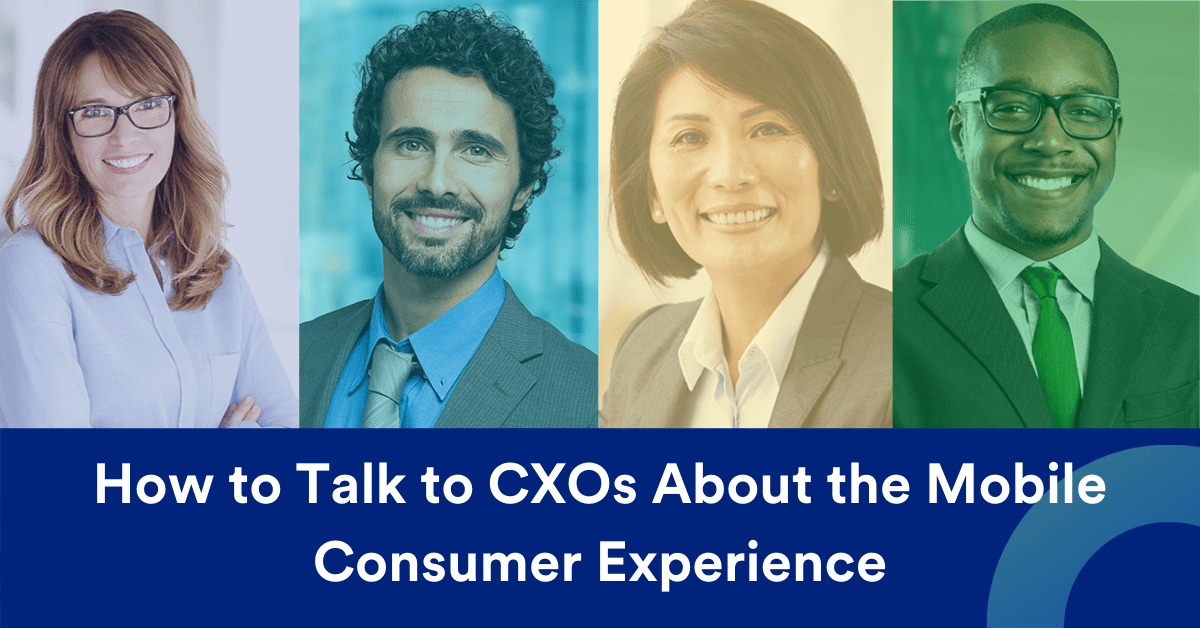 2020 Trends in Banking: How to Talk to CXOs About the Mobile Consumer Experience